In August 2018, Xiaomi introduced the powerful and inexpensive Pocophone F1 smartphone, which was not inferior in performance to the latest Samsung models at that time. The phone aroused reasonable interest among the audience and claimed the title of “flagship killer”, confidently occupying its niche in the market. However, sales were not particularly successful – only 1.6 million models were purchased. This was primarily due to the relatively high price at the start of sales, so Xiaomi, after 2 years, released a more affordable option – Poco F2 Pro, having carried out a large-scale marketing campaign. In the review of Xiaomi Poco F2 Pro, we will look at the design, software and technical equipment of the smartphone, highlighting the main advantages and disadvantages of the model.

The smartphone has an original design that is different from other devices. This can be seen from only one front camera – it is hidden in a retractable housing block. This unusual solution was used by many manufacturers, but it stuck only in some models, including the Poco F2 Pro. When the camera is pulled out, a bright backlight is activated.

The features do not end there: the charge indicator is installed in the same withdrawable module. The 3.5 m headphone jack is located on the top of the case. The solution is non-standard, but necessary – it is difficult to find a smartphone with such powerful hardware and a standard audio input. The power button is colored bright red.

The main design feature of Poco F2 Pro is the round main camera module, which is contrary to the trend for everything square in smartphones. The back of the device is made of durable glass, the side frames of the case are made of aluminum, so the phone fits nicely in the hand and does not wobble when lying on the surface. All these features make Poco F2 Pro stand out from the background of monotonous smartphones, it is impossible to confuse it with another phone.

The smartphone has a round main camera module.

The smartphone runs on the latest version of the Android 10 operating system, but under the control of a modified Poco Launcher 2 shell. The main difference from the MIUI 11 OS is the absence of an application carousel, which many Xiaomi phone users were unhappy with. Therefore, the smartphone developers have implemented a separate submenu with a quick search function. You can group apps by type, size, installation date, and frequency of use. Also, the Poco F2 Pro interface did without the intrusive ads that were present in the phones under the Redmi brand. Otherwise, this is the standard Xiaomi shell, which works quickly and stably even on budget models.

The smartphone is equipped with a 6.67-inch Super AMOLED display with a resolution of 2340×1080 pixels. The screen is inferior to the Xiaomi Mi10 cameraphone only in terms of the image refresh rate – 60 Hz instead of 90. This small drawback is offset by the absence of a notch for a selfie camera, the display looks like a solid canvas without unnecessary details and flaws. A high-quality matrix and high brightness of the display allow you to use your smartphone even in sunny weather with bright light. DC Dimming option eliminates screen flicker and corrects color reproduction. The Always On Display function, thanks to which the time and date information is displayed on the locked display, can be customized to suit any taste. Display elements are available in the form of pictures and animation.

In terms of sound quality, the Poco F2 Pro is inferior to many last year’s smartphones – the monaural speaker boasts only loud sound.

Xiaomi Poco F2 Pro is equipped with a 6.67-inch display.

Poco F2 Pro develops the idea of ​​the previous model – the device practically does not differ from its competitors in terms of power. The AnTuTu benchmark score of 569,000 points outperforms most current flagships. Such a high figure is achieved due to the powerful Qualcomm Snapdragon 865 processor along with 6 or 8 GB of RAM, the amount of RAM depends on the model modification. Launching and switching between applications occurs instantly, demanding games do not slow down, but during long sessions the phone heats up a lot.

Xiaomi Poco F2 Pro is equipped with a 5G chip and is capable of working with the latest generation of mobile communications. The device keeps up with the times, despite the fact that 5G towers have not yet begun to be massively installed. The smartphone also supports 4G bands, but the LTE category is not indicated in the specifications. Nevertheless, the speed of the Internet corresponds to the quality of the signal reception.

Poco F2 Pro, like other “flagship killers”, has noticeable flaws against the background of powerful filling. In this case, the compromises affected primarily the rear camera – the square module borrowed from the Redmi Note 8 Pro is noticeably inferior to the current flagships in terms of shooting quality. The main camera is equipped with a 64-megapixel image sensor based on Quad Bayer technology. Thanks to it, photos with insufficient or excessive lighting are rich and detailed. 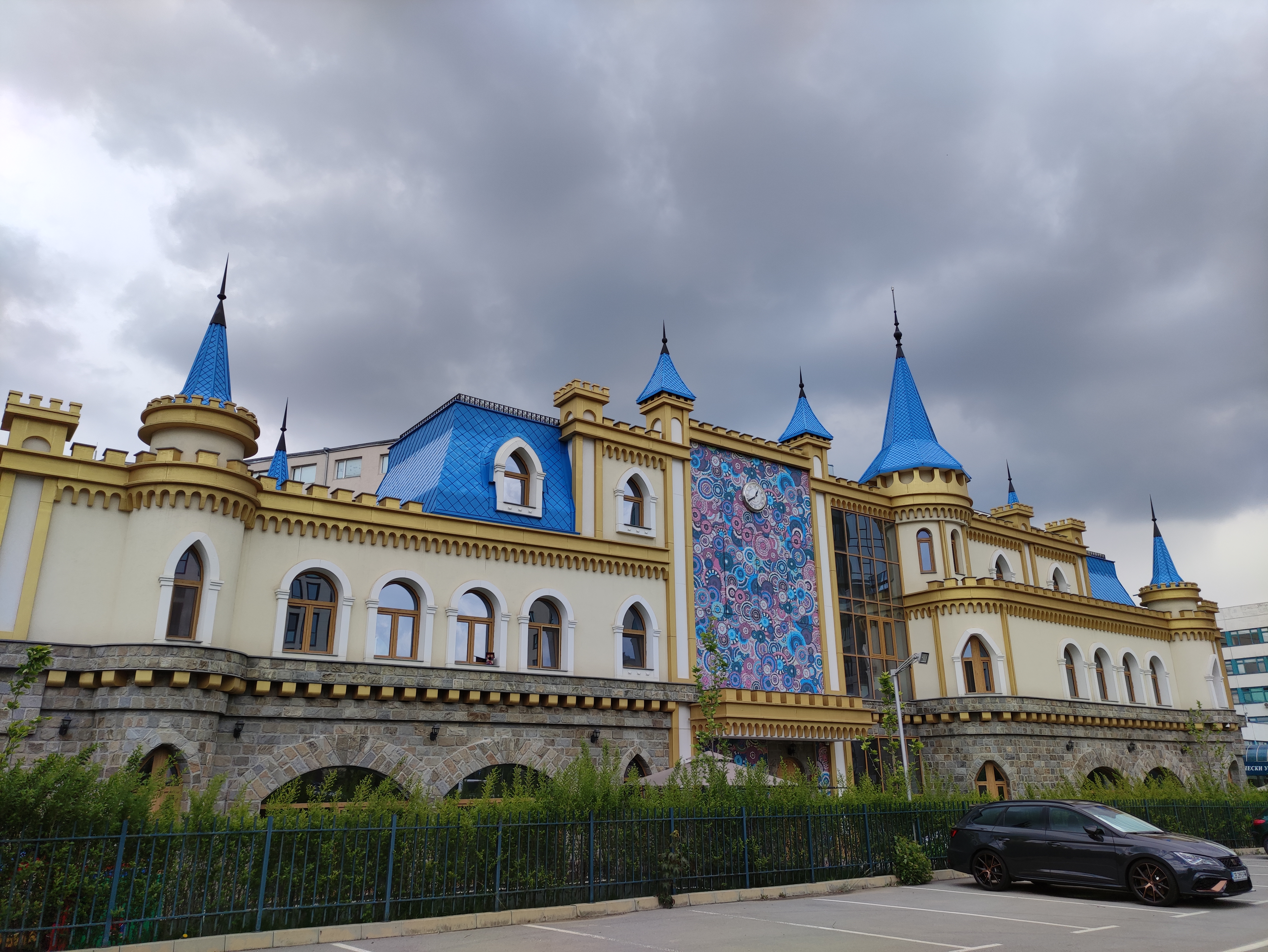 An example of a photo from the main camera.

By default, shooting is carried out in ultra-high resolution – the camera allows you to save pictures in 4K. The lens with a high aperture of f / 1.9 lacks optical stabilization. Because of this, even with small movements of the hand, photos can turn out to be blurry. Autofocus is also absent, but the sensor resolution is noticeably higher than that of the latest Redmi Note: 13 megapixels instead of 8. The main camera allows you to shoot at night with a normal viewing angle. There are two flashes to choose from: rear and LED. 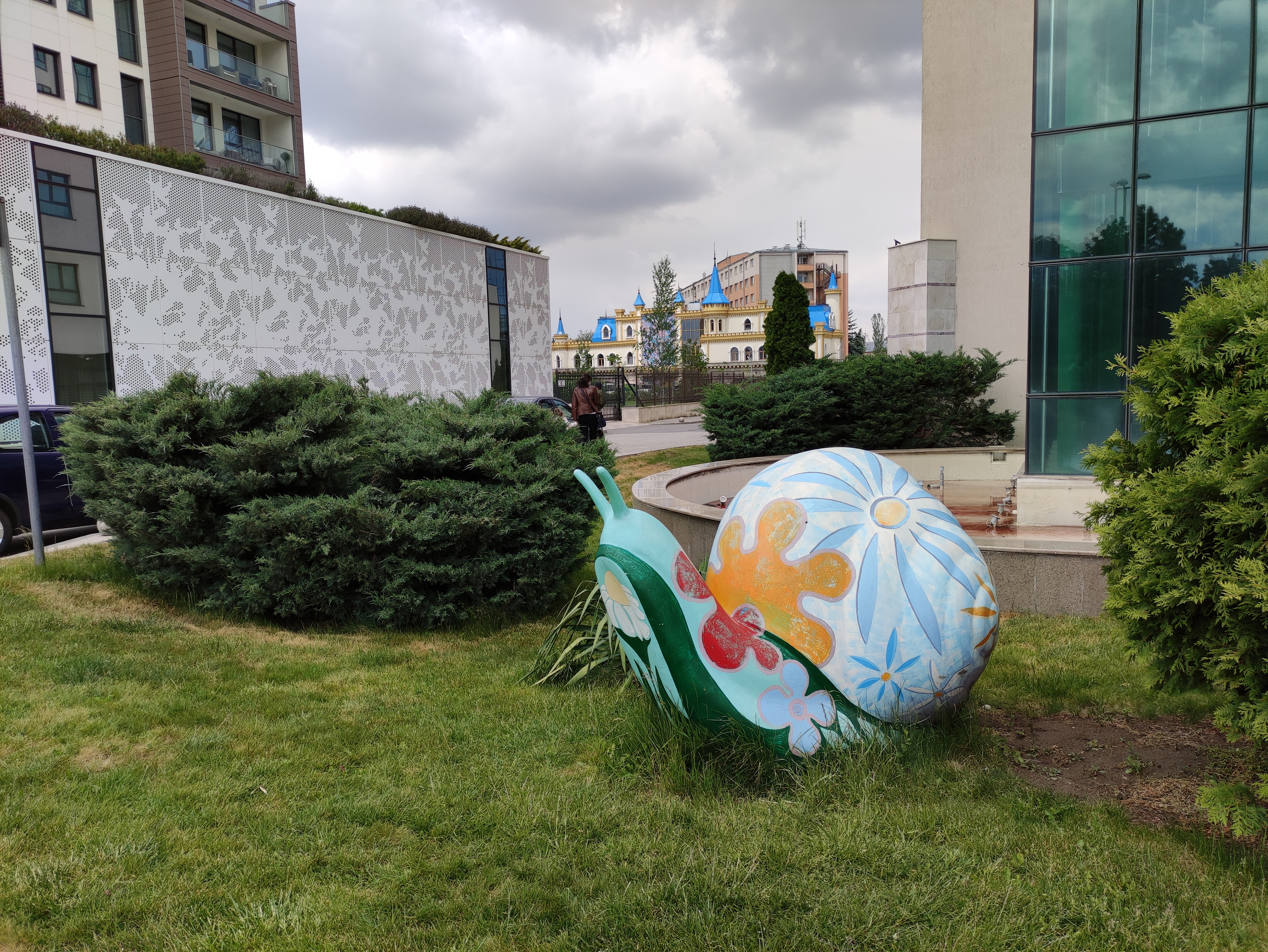 An example of a photo from the main camera.

The smartphone has excellent autonomy, having a capacious 4700 mAh battery on board. Xiaomi engineers have done a great job on the phone’s power consumption, especially since the AMOLED display also helps save battery when showing dark tones. The Poco F2 Pro passed the video performance test, which resulted in over 20 hours on a single charge at average display brightness.

In daily use, the battery lasts for two days. Demanding games like PUBG and Real Racing can be played for up to 8 hours straight – a great result for such a powerful filling. There is support for 30-watt charging, thanks to which the smartphone charges in just an hour from 0 to 100%. In general, the Poco F2 Pro does not make any claims about its battery.

The smartphone is equipped with a 4700 mAh battery.

Modifications and their differences

Who is the smartphone for?

The smartphone was created for those who want high performance at a reasonable price. The design also differs from the lineup of other Xiaomi devices, standing out with a retractable front camera and a solid screen without unnecessary elements. Therefore, Poco F2 Pro will also be popular with fans of original design solutions.

Pros and cons of the model

One of the advantages of the smartphone is the retractable front camera module.

Overall, the Xiaomi Poco F2 Pro has more pros than cons. The smartphone has developed the ideas of its predecessor, having received an unusual design with a retractable front camera. High autonomy and performance are not inferior to expensive devices of the top segment. Poco F2 Pro is positioned as another “flagship killer”, but with a stripped-down camera and the lack of some advanced features such as wireless charging or support for 90Hz mode.